Its always great to welcome back past pupils but even more exciting when they arrive through the doors with an armful of cups. Thanks to past students Seamus Flanagan and Padraig Ahern who called to the school with the All-Ireland and Munster Cups that they won in 2017 as part of the Limerick U21 Hurling team.

Last Wednesday, Hazelwood College U15 team faced off against the mighty Castletroy College in the U15 Limerick Colleges’ Semi Final. In the eleventh minute, a Tristan Sheerin goal laid down a marker of Hazelwood’s determination to progress to the final. Hazelwood built on this with seven unanswered points, including four frees by David Boyce. After the restart Castletroy managed, through Diarmuid Hegarty and Ronan Lyons to take 3-1 in a purple patch for Castletroy, leaving just two points in the difference. Despite a concerted Castletroy siege on Hazelwood’s goal line, Hazelwood were able to take important points from centre forward, Ciaran O’Sullivan and a long range free by Conor Shanahan, which ultimately secured their passage to the final.

Best of Luck to our 13 students taking part in this years BT Young Scientist Competition.

This year 5 group projects from our students qualified for the prestigious national competition.

The titles of this years entries are:

An Exploratory Investigation into the Acoustical Conditions Experienced by both Primary and Second Level students in County Limerick – Chemical, Physical & Mathematical Sciences Group

An investigation into the production of Selenium-enriched dairy products with commercial potential. – Biological and Ecological Group

Accents – The Unspoken About Prejudice – Social and Behavioural Sciences Group On a cold Monday the ladies of the Hazelwood College Senior Camogie team set out on what they knew would be a very challenging Camogie Semi-Final match against Laurel Hill Secondary School, Limerick. The girls knew it would take such determination and team effort to beat Laurel Hill, but that did not faze them.

The Hazelwood side started off a great game, despite the harsh cold weather, by scoring the first point of the match. Laurel Hill came back moments later to score a goal but that didn’t throw the Hazelwood ladies off. The game went on and Hazelwood ladies were leading by one point at half time.

As the second half began the Hazelwood ladies got right back into the game and started pouring in the points ahead of Laurel Hill. The girls had a great finish to the game by beating Laurel Hill by nine points on a score line 3-11 to 2-5. This was a great win for the ladies who are now through to the Limerick A Division final.

The Final itself will take place this Saturday 17th December in Dromcollogher at 12.00, all support greatly appreciated.

NOT ONE, but TWO FINALISTS!

The Involvement in The Apprentice Chef is the top Home Economics achievement in Hazelwood College, where Healthy Eating is a priority. Students love to participate in cook-offs in school and they really benefit from the Tralee workshop where they can experience a professional catering environment.

Participating student chefs are linked to a chef mentor who advises them on their dishes.

Apprentice Chef has raised the standard of skills in our school and inspired students and their families toward healthier food choices . In Hazelwood College EVERYBODY learns about ‘good mood food’ from Tralee’s Apprentice Chef Event.

This year is our 4th year competing the The Apprentice Chef. Hazelwood’s Julia O’Doherty won 1st prize in 2012. the competition’s first year. Then, in 2015, Laura Stack came 3rd in the final. We have four Home Economics Teachers in our school and we teamwork towards better food choices. Home Economics student numbers are growing and we are happy to be adding a new kitchen this year. This is Orlaith Hennessy’s dish of Fish Curry and rice with crostini and green salad. This was her original dish idea. With the help of her chef mentors Orlaith has developed this dish to an even higher standard. Check out The Apprentice Chef Facebook page to follow our successful students. 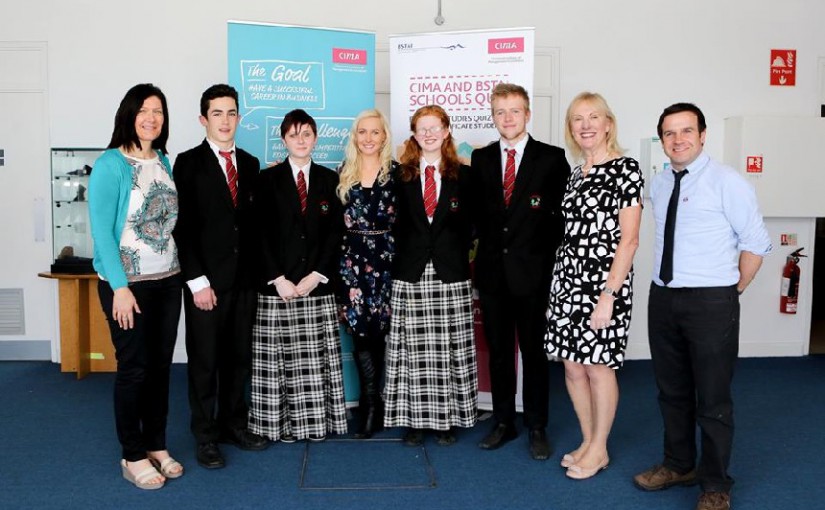